Please login to see this video

You need a MyBookFair-Account to watch this video. Login and register here.

Panel discussion with Ensaf Haidar, wife of Raif Badawi, and former winners of the award.

Saudi Blogger Raif Badawi was freed after ten years of imprisonment for speaking his mind but isn't allowed to leave Saudi Arabia. The Raif Badawi Award raised awareness to his cause and the situation of journalists worldwide. Ensaf Haidar, wife of Raif Badawi, will tell us how Raif Badawi has been doing since his release and what comes next. Former winners of the Raif Badawi Award, Tunisian journalist Hanéne Zbiss and Zeina Hamouri from " Arab Reporters for Investigative Journalism" (ARIJ) will discuss the state of journalism and freedom of the press in North Africa and the Middle East - and how we can help journalists in the region.

The discussion will held in English. 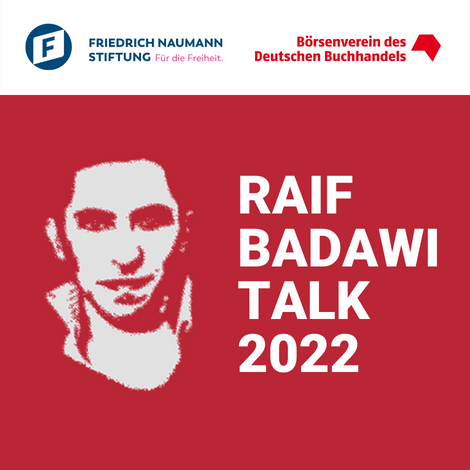